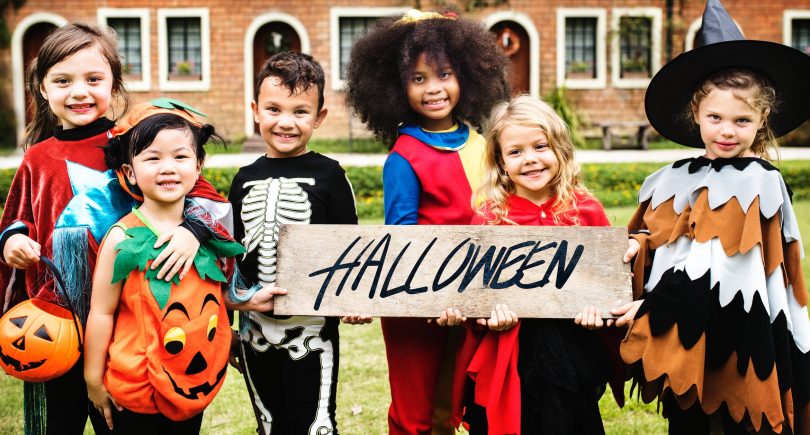 It’s that time of year again when the little ghosts and goblins are running house to house trick-or-treating. Neighborhoods decorate their homes with Halloween lights, spider webs, witches, ghosts and pumpkins. The traditions of American Halloween date back to the 1900s. Halloween was commercialized in the 1950s and continues to be widely celebrated by children and adults. 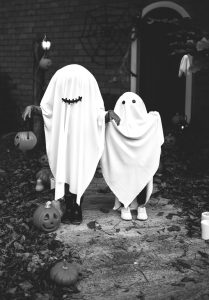 Halloween is celebrated annually on October 31st each year. Halloween originated from an ancient Celtic festival of Samhain. People lit bonfires and donned costumes to keep ghosts at bay. They would also give the spirits “treats” to appease them. The Celts celebrated their new year November 1st. Halloween marks the end of their summer and beginning of cold winter– a time associated with death. The Celtics believed this night before their new year blurred the worlds of the living and the dead. October 31st was believed to be a night of ghosts of the dead returning to the earth.

By the middle of the 19th century, Americans began celebrating Halloween as it slowly emerged through colonial New England. The Colonial Halloween celebrations in America consisted of parties of neighbors sharing ghost stories, telling fortunes, singing and dancing.

During the Irish Potato Famine, Irish immigrants fled to America, helping popularize the Halloween celebrations with their traditions. With the combined English and Irish traditions, people began dressing in costumes and going door to door to ask for money or food. Therefore, this tradition is known as “trick-or-treating.” 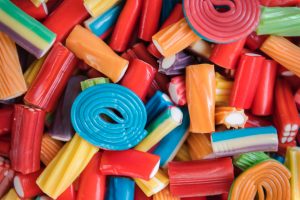 By the turn of the century, American Halloween parties for adults and children became very common. Halloween parties center around playing games, festive food and unique costumes. Communities began celebrating Halloween annually with big celebrations and parades. In the 1950s, the trick-or-treating practice became even bigger. It was a way for the entire community to partake in the Halloween celebrations because it was fairly inexpensive. Did you know Halloween is the country’s second largest commercial holiday? A quarter of all the candy sold in America is because of Halloween. Holiday spending on candy, decorations and costumes in America expects to hit a record high of a little over $9 billion. 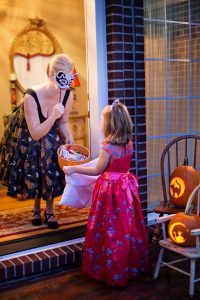 Dressing in costumes came from the Europeans and Celtic traditions. In the winter time, food was often hard to find and for people afraid of the dark, short winter days caused worry and fear. People believed that ghosts came back to haunt people on Halloween, so people would not leave their homes. Since people did not want to be recognized by the ghosts, some would wear masks when they did leave their homes so ghosts would think they were fellow spirits. Since then, costumes are a large part of the Halloween tradition. Children dress up as their favorite cartoon characters, superheroes, animals, occupations and as far as their imagination stretches. 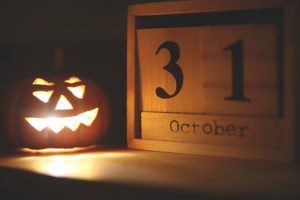 Carving pumpkins into jack-o-lanterns is another great past-time of Halloween for adults and children alike. People carve out their pumpkins and light with a small candle to cast a grimacing shadow face or even a fun design celebrating Halloween. The pumpkins celebrate the memory of lost souls. Originally, the Irish used turnips as the first pumpkins. When they emigrated over to America, turnips were difficult to come by because of the famine years 1845-1850. Pumpkins grew in abundance and resembled a large round fruit. Therefore, pumpkins replaced the turnip and are still used today as Halloween tradition.

Families enjoy attending local pumpkin patches together to scour the fields for the perfect Halloween pumpkin. Popular pumpkin patches in our area include the Dunnellon Picking Patch, recognized as Better Homes and Gardens and Readers Digest 2018 “Best Pumpkin Patch in Florida.” Find more great Halloween events and festivals in our area by checking out local calendars

Now that you know a little bit of the Halloween history, make sure to stock up on sweet treats for your costumed visitors. Some homeowners decorate their home in traditional Halloween décor, carve pumpkins and hang ghosts from trees. Others opt for a scarier approach by creating spooky haunted houses, hooking up scary sound machines or flashy lights. No matter what you decide to do, be sure to keep your 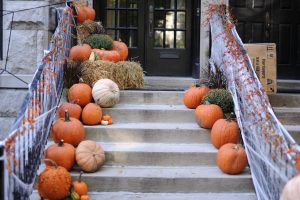 walkways clear of anything guests may trip on. Make sure to brightly light your home. Also, be sure to restrain your pets so they do not bolt out your front door when handing out candy or bite your trick-or-treaters. Whatever you decide to do for Halloween, be sure to have fun with the decorations, stock up on candy and enjoy this annual holiday.

There is something for everyone when you are at your leisure in Citrus County Florida. So if you are looking for an idyllic setting to call home, contact one of our friendly professionals at Coldwell Banker Next Generation Realty of Citrus.